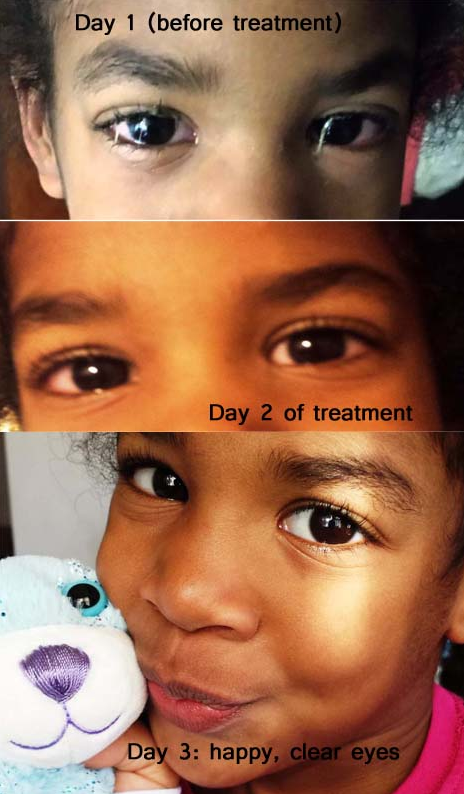 Treating bacteria with a silver-containing compound boosted the efficacy of a broad range of widely used antibiotics and helped them stop otherwise lethal infections in mice. It contributed to making an antibiotic-resistant strain of bacteria sensitive to antibiotics again.

Hippocrates first described the antimicrobial properties of Silver in 400 bc but how it works has been a mystery until now, as a team led by James Collins, a biomedical engineer at Boston University in Massachusetts, has described how silver disrupted bacteria and shown that the ancient treatment could help to deal with the thoroughly modern scourge of antibiotic resistance.
The work is published in

Collins and his team found that silver — in the form of dissolved ions in water — attacks bacterial cells in two main ways: it makes the cell membrane more permeable, and it interferes with the cell’s metabolism, leading to the overproduction of reactive, and often toxic, oxygen compounds.

Both mechanisms can be harnessed to make today’s antibiotics more effective against resistant bacteria.

Many antibiotics are thought to kill their targets by producing reactive oxygen compounds, and Collins and his team showed that when boosted with a small amount of water dissolved ionic silver these drugs could kill up to 1,000 times as many bacteria.

“…[N]ot only did silver boost the ability of a broad range of commonly used antibiotics so as to stop mice dying of otherwise lethal infections, but it made at least one resistant bacterium succumb to antibiotics again. The addition of silver also broadened the effect of vancomycin, an antibiotic that is usually only effective at killing Gram-positive bacteria like Staph and Strep; aided by silver, it killed Gram-negative bacteria such as those that cause food poisoning and dangerous hospital-acquired infections.”

For example, by adding a small amount of silver to the antibiotic, a powerful synergism occurred, and a urinary tract infection caused by tetracycline-resistant E. coli was successfully eradicated. Silver also helped save the lives of 90 percent of mice suffering from a life-threatening abdominal inflammation by adding it to the antibiotic vancomycin. In the group receiving vancomycin only, a mere 10 percent survived.

The increased membrane permeability also allows more antibiotics to enter the bacterial cells, which may overwhelm the resistance mechanisms that rely on shuttling the drug back out.

Collins says that he and his colleagues saw good results in mice using non-toxic amounts of silver. We’re also encouraging people to look at what features of silver caused the significant effects so that they can look for non-toxic versions,” he says.

SilverLife is a product that combines the highest safety and bioavailability as it is in water solution in combination with being distributed in ionic form as H2O ligand molecules that are harmless to the human body cells and neutralize harmful anaerobic protozoa such bacteria, various virus, mycobacteria, Plasmodium and fungi. 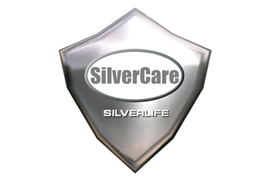 Anyone with topical issues may benefit from SilverLife.

SilverLife is a supreme quality wounds healer in its liquid state that naturally interacts in the body that itself consists of 70 % water and water is the most
important component in the body. To attain an optimally functioning body, high capacity wound management products are of supreme importance.

SilverLife is manufactured up to the highest regulatory standards using state-of-the-art technology and is approved by the Pharmacy and Poisons Board of Kenya for human consumption. 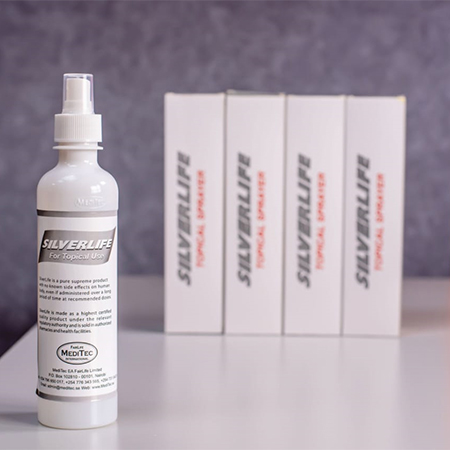 SilverLife offers the swift neutralization of harmful microorganisms and is thereby boosting your health!

SilverLife is a natural oxidation boosting capacitor that is fortifying the health of humans and generating an acceleration of the natural body healing processes. 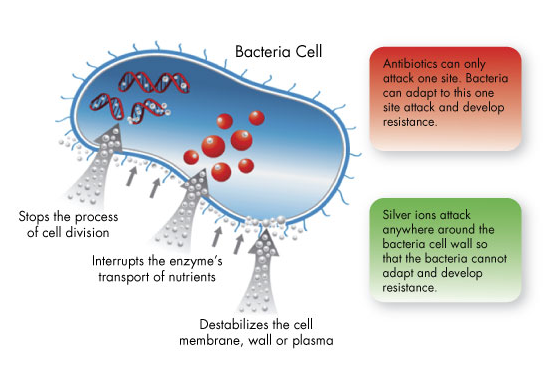 Silver interferes with the bacteria’s metabolism, increasing production of reactive oxygen species (ROS); products of normal oxygen consuming metabolic processes in your body that, in excess, can damage cell membranes and DNA. Many antibiotics are believed to kill bacteria by producing ROS compounds, and here, the researchers found that adding a small amount of silver boosted the ability to kill bacteria, virus and fungus.

Silver makes the bacteria’s, virus or fungus cell membrane more permeable. This may explain the beneficial effect of silver on gram-negative bacteria, the cells of which are often impenetrable to antibiotics due to the molecular size of the drugs.